Can someone scrap my car without my permission?

It is illegal to sell someone else's property without their permission. That means it is a crime if someone tries to sell your vehicle without you saying that they can. It's a basic rule of law and ensures that people are less likely to get ripped off during and after a sale. Although the law is often confusing in many ways, for those asking 'can someone scrap my car without my permission,' you'll be relieved to know that they can't. Of course, that's not to say that the criminal element won't try their best to part people from their cars and their hard-earned cash.

How the Law Protects You

In 2013, the government passed a law called The Scrap Dealers Act. The sole intention of the new legislation was to make life harder for car thieves and to prevent disreputable scrap dealers from making illegal bargains and deals. The results of The Scrap Dealers Act have been extraordinary and have transformed the scrap metal industry. Now, scrapping a car is less about haggling and negotiating to extremes, and more about getting what you pay for. Scrapyards are now Authorised Treatment Facilities, and scrap vehicles are recycled in ways that are both safe and fair. That all makes it very difficult for someone trying to sell your vehicle without your permission.

This is the most important piece of documentation that proves you own a vehicle. When you plan to scrap a car, you need plenty of paperwork, but this is the most essential. While it is possible to scrap a car without the V5, not having access to it will make it harder to make it happen. Without the V5, you'll need to show the scrapyard a lot of proof of identity. What's good for your peace of mind is that all of the documentation that you provide when you scrap a car is not simply glanced at. Copies are made and then filed, and are usually kept for three years in case of any issues. That means that if a criminal or disgruntled ex were to try and sell your car without your permission, there would be plenty of records available that would make it easy for the police to find them. 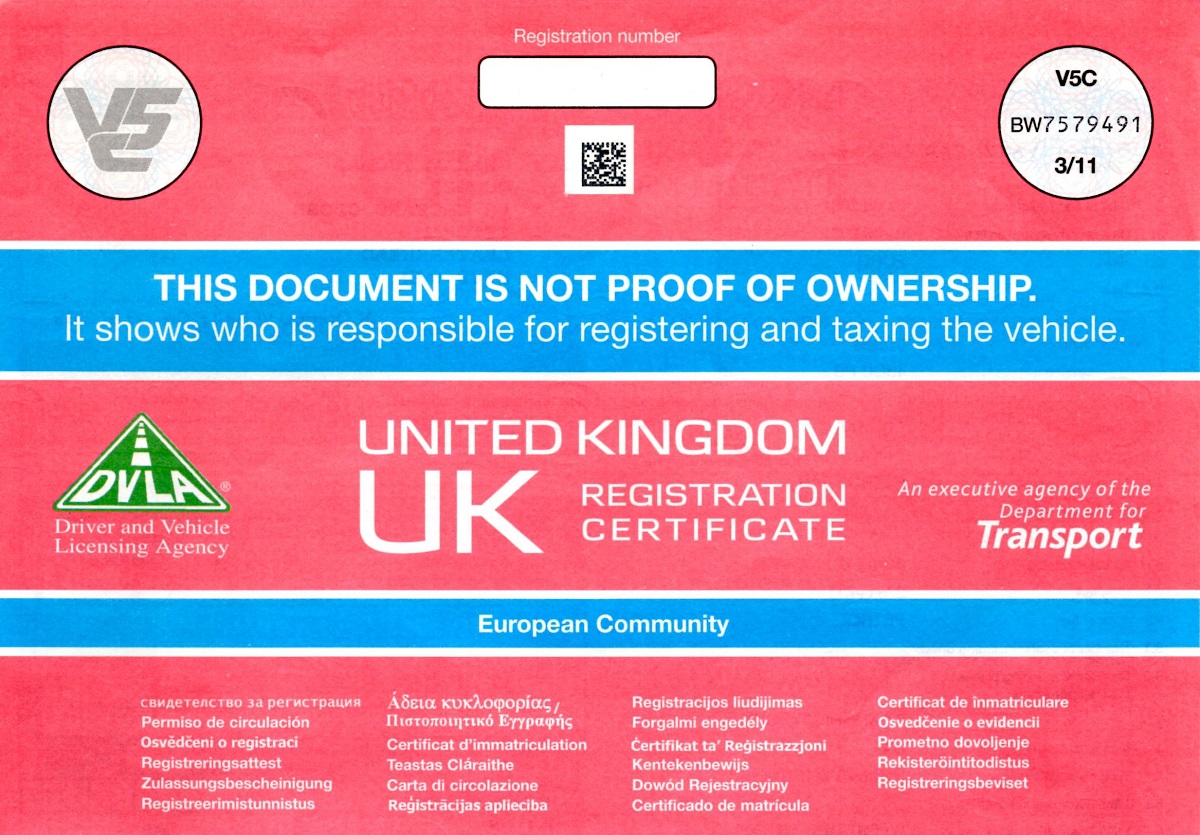 You might be thinking that if someone can get enough false documentation, or steal enough of your ID that they can pretend that they do own the car, what's to stop them selling your car for scrap and running off with the cash that they pocket? That's where the other side of The Scrap Dealers Act comes in. It used to be that scrapyards could pay however they liked, which led to some tax shenanigans and plenty of underhanded deals. Now, it is illegal to pay for a car in cash. So if someone was to try and sell your vehicle for scrap without your permission, they would have to wait until they could access the money. Even if they did manage to get to the money, there would be a financial trail that would be easy for the police to follow.

What is an HPI Check?

If you own your car and you want to scrap it, but it's been sitting on the drive for a while, and you can't find the paperwork or even the keys, you do have options. When you go to a scrapyard without the V5 registration documents or your keys, a few things will happen. The first is that you will have to show proof of identity, which in itself can be quite a vigorous process. Then, the scrapyard will generally run a Hire Purchase Information (HPI) check. You will usually be charged for this check. An HPI check is an in-depth look at the history of a vehicle. Intended originally to ensure that scrapyards were not buying a vehicle with outstanding financing agreements, an HPI check will also highlight car thefts. Should a respectable and reputable scrapyard doubt that you are the owner of the car you're trying to scrap, they will run an HPI check before they hand over any payments or start recycling your car.

Don't think that just because car thieves have access to the internet that they can get around the Scrap Dealers Act. Even when you communicate with a scrap dealer online and arrange for the pick up of your vehicle, you will still have to go through the same process as if you were selling for scrap in person. The V5 logbook will still need to be produced, and proof of identity will need to be provided. Asking 'can someone scrap my car without my permission even if they're online' gives you the same answer as if they try to sell in person.

If someone doesn't have your permission, they cannot sell your property.