What is the scrap price of a catalytic converter?

While it may not feature any actual gold, a standard catalytic converter is home to various precious – and valuable – metals. The high used catalytic converter prices haven’t gone unnoticed by criminals either, with the number of thefts rising exponentially in recent years. 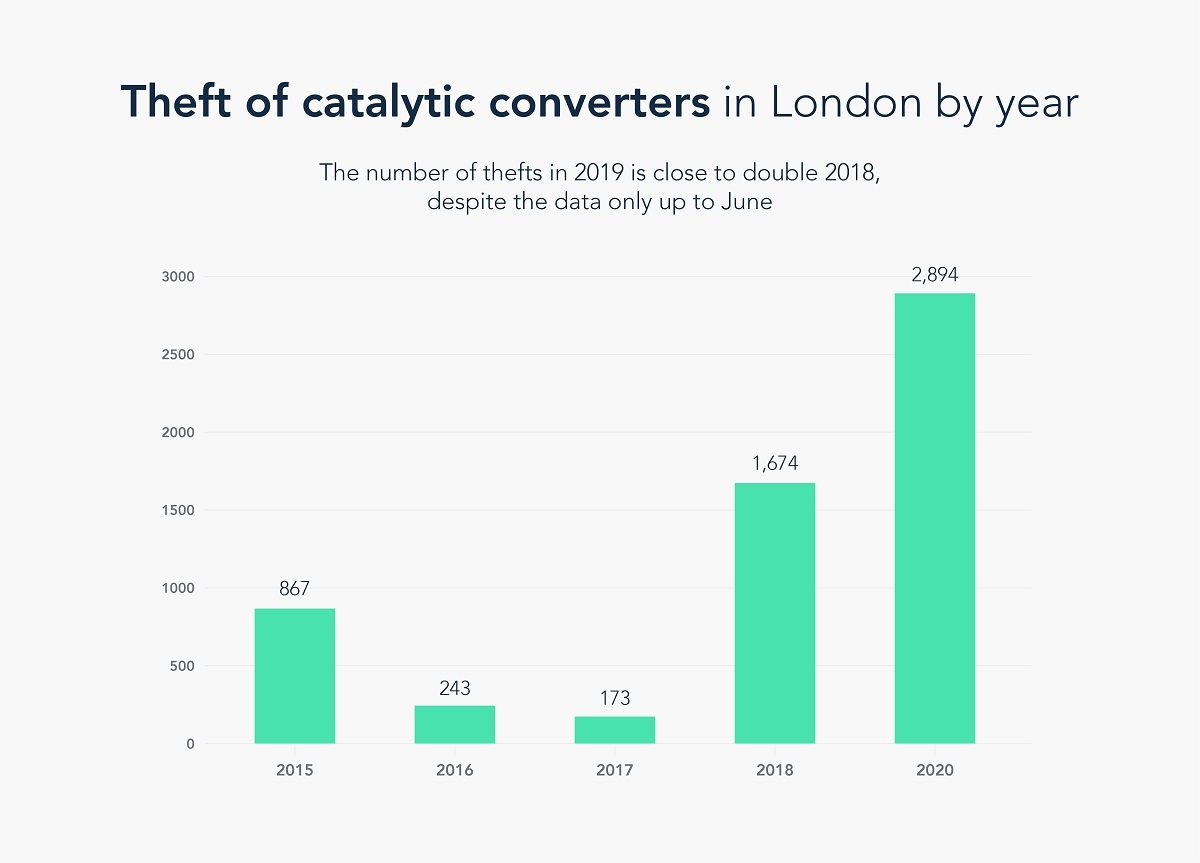 In general, the clue is in the name. A catalytic converter utilises catalysts to transform – aka convert – a vehicle’s toxic gases into ones that are relatively harmless. These toxic gases are mainly:

With that said, what are the ‘catalysts’ that control these emissions? These are the precious metals that make the catalytic converter, commonly abbreviated to ‘cat,’ such a desirable piece of kit. Typically, these precious metals coat two ceramic blocks that have a honeycomb-like structure with countless micro cellular channels.

As for the appearance of the cat, this car part resembles an exhaust silencer – the only difference being that it’s smaller and slimmer. Due to their efficiency levels increasing significantly when hot, the cat is positioned close to a vehicle’s engine. 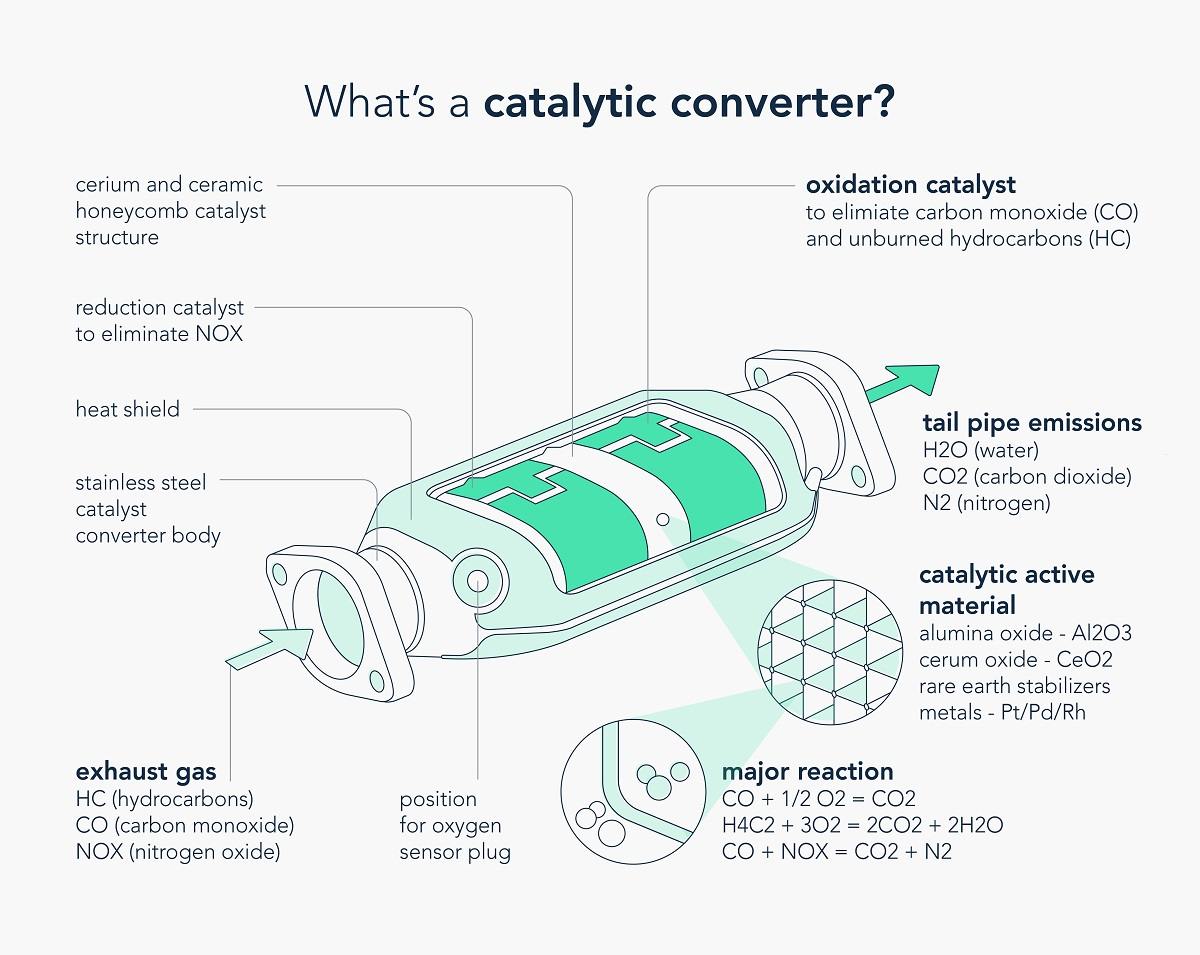 What precious metals are found inside a catalytic converter?

Why are these precious metals so desirable? Well, not only are they extremely rare, but they are also used in a wide range of everyday products – from electronic devices to jewellery. Demand + rarity = a high price.

Yet along with these, a cat can also include various other scrap metals such as:

Sadly, there’s no clear answer to a catalytic converter price. There are hundreds of different cats available, all with different materials and volumes. Plus, they all go through different amounts of wear and tear, which can reduce the amount of salvageable metals.

However, the value of precious metals at any one time can help to paint the picture. For instance, palladium is currently selling at more than ten times what it was back in 2008.

Certain types of cats are worth more than others. Hybrid catalyst converters are among the more valuable, for example, because of how they use two power sources. As it utilises both a petrol engine and electric motor, the cat is utilised less frequently – which means there are less pollutants to corrode the precious metals.

According to reports, the catalytic converter scrap price can reach upwards of £500. 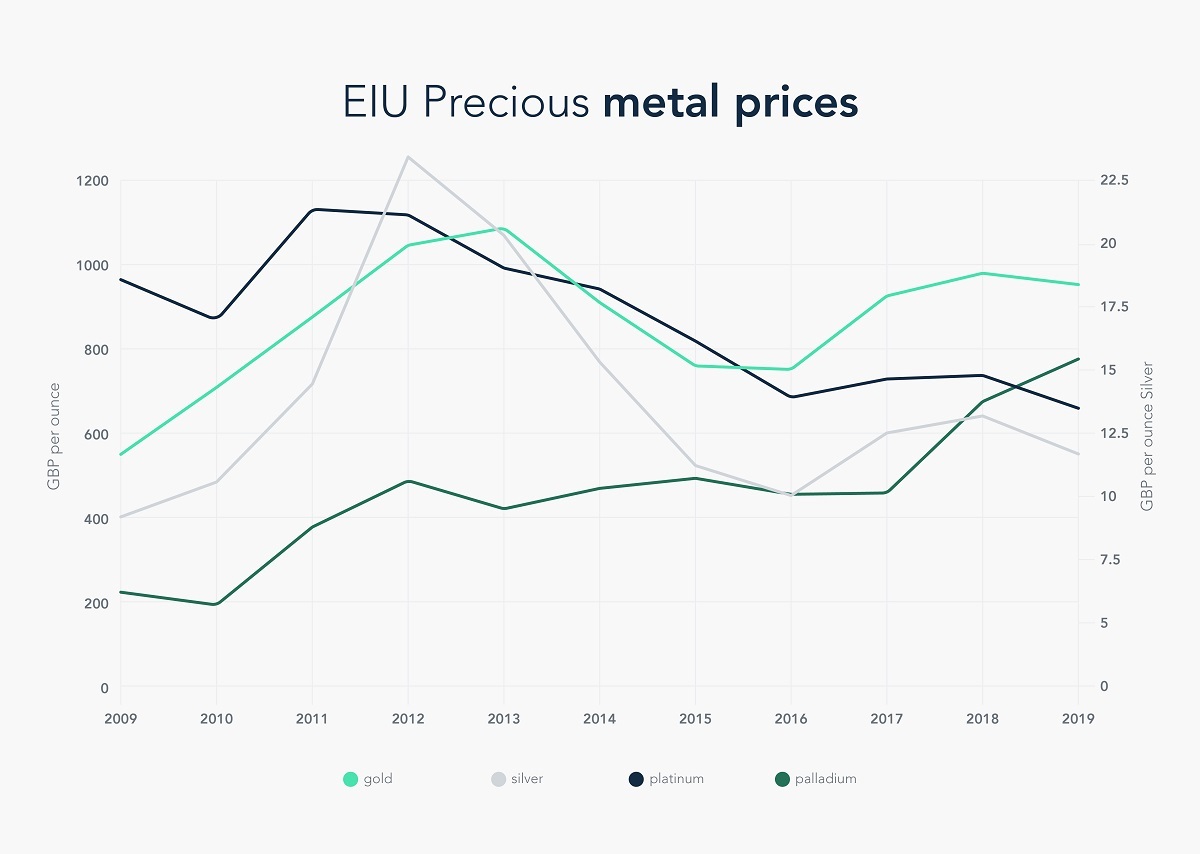 What if you scrap a car without a catalytic converter?

It’s true: you can scrap your car without it featuring a catalytic converter. Nevertheless, this will greatly impact the value of the vehicle. In fact, it will harm the value to the point there’s no reason to sell the two components separately. Most cases will highlight that, regardless of what you sell the catalytic converter for, it won’t make up the difference in the value lost by selling the vehicle without this part.

Furthermore, it is dangerous when attempting to remove the catalytic converter – particularly if you have no experience of doing this beforehand. You could cause a health and safety hazard, be exposed to harmful materials, and even harm the environment.

Why catalytic converter recycling is the only option

Now when you hear about the earning potential of a catalytic converter and how this profit can be eaten into when handled by a specialist, you could be tempted to extract the metal on your own.

That would, quite simply, be a catastrophic idea.

It’s true that the scrap metal dealer has to account for the process, labour, and selling the raw materials on when it comes to providing a price for a cat. Nevertheless, they have the expertise and tools to get the job done.

If you were to try and go it alone, you would struggle to extract an amount of precious metal that was deemed anything but worthless. In addition, catalytic converters include toxic chemicals, which means only trained professionals – such as those found at an Authorised Treatment Facility (ATF) – should handle them.